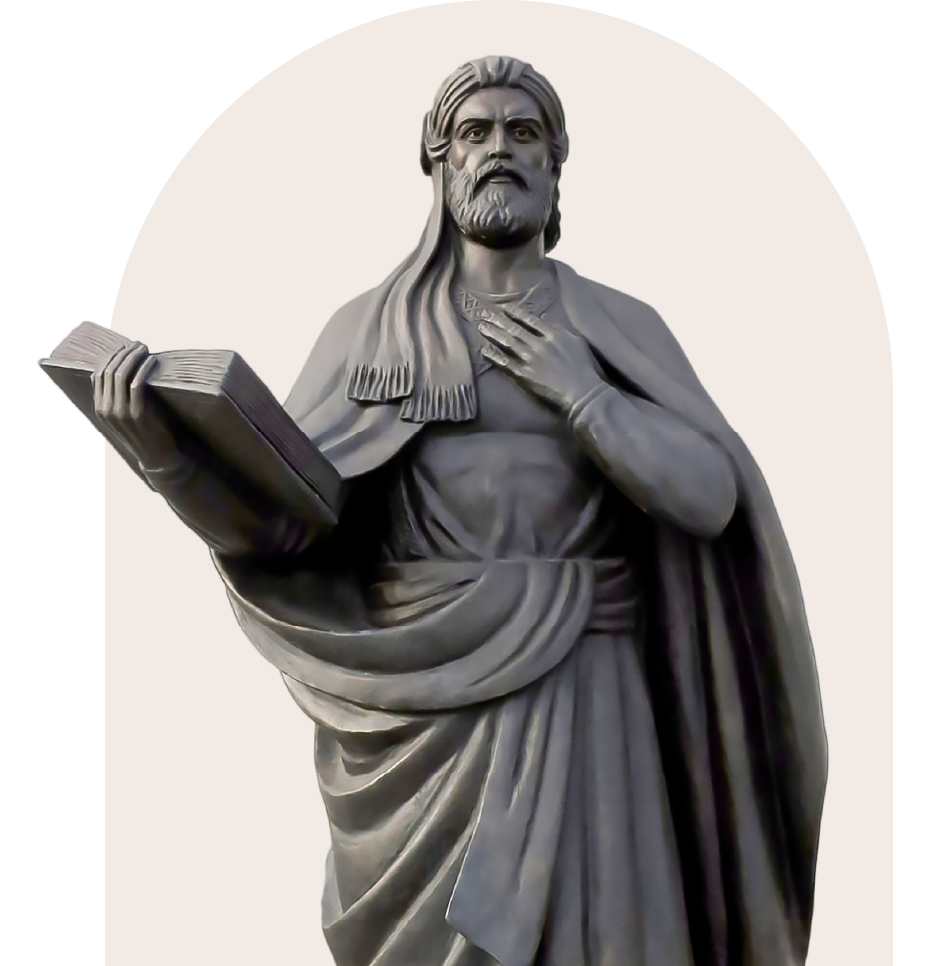 The eminent Azerbaijani poet and thinker Nizami Ganjavi made a particularly singular contribution to global culture. A sun in the world of words, his works were seen as miracles by his contemporaries. He raised poetry to such heights compared to his predecessors that his successors did not dream of competing with him. For them it was an honour to follow his example, and to be regarded as his apprentices. Writing about him and interpreting his works became a cherished tradition.

Nizami Ganjavi was born in 1141 in the city of Ganja. From his works we understand that he was also educated in his hometown; in those times, Ganja certainly offered sufficient opportunities for a reasonable education. From the Khamsa we learn that his name was Ilyas, his father was Yusif, and his grandfather was Zaki Muayyad. Scholars believe that one of his grandfather’s names was a pseudonym, suggesting that the poet grew up in a family of status and respect. The poet himself used only the penname Nizami in his works. The word means a person concerned with measured words, with verse, in other words, a poet.

Nizami remembered an uncle, Khaja Omer, whose death was a great loss for him. He embodied his love for his uncle in the character of Salim Amiri in the poem Leyli and Majnun. ‘Khaja’, an honorific later replaced by ‘Agha’, was often used to address viziers, chief merchants and other high-ranking officials. Thus the uncle is believed to have been a high-ranking intellectual, perhaps the head of a madrasah in Ganja or a similar position.

Nizami was born, lived all his life and died in Ganja, one of Azerbaijan’s oldest cities. This is supported by all ancient and reliable sources. There is no suggestion of Nizami moving to the city in manuscripts about his works from the 14th and 15thcenturies. However, in copies of his ‘Igbalname’ from the 16th and later centuries, there is an additional quatrain in the part where the poet mentions Ganja:

Although I am the Ganja Sea’s confidant,

My home is Qom city, my land Gohestan.

There is a village in Tafresh, Ta by name,

It is from there that Nizami gained his fame!

Ta village in Tafresh was in Qom province in Iran (now in Markazi Province). Qohestan is the historical and geographical name of a large area north-east of Qom Province. Vahid Dastgerdi, was a leading expert on Nizami’s legacy and published the poet’s works in seven volumes with annotations. Dastgerdi believed that the verse given above was an inappropriate addition. Although he claimed that Nizami came from Iraq al-Ajam, he did not accept the idea proposed by the quatrain. The reason why Dastgerdi considered Nizami to have been an Iraqi is the poet’s frequent praise of Iraq and his wish to travel there. However, the poet Khagani also repeatedly glorified Iraq and expressed a desire to visit, but he is known to have been from Shirvan.

While writing of his wish to go to Iraq, Nizami did not omit mention of Ganja as his homeland in various forms. And his, ‘A gem is not valued until it leaves the mine’, underlines his origin as a native of Ganja. Unfortunately, a number of commentaries written after the 16th century, suggest that Nizami’s grandfather or father came from the Iranian village of Ta, Tafresh, in Qom Province.

Nizami’s creative work began at an early age, and soon attracted the attention of palaces. Every poem he sent to Derbent’s ruler Baybars ibn Muzaffar brought him valuable gifts in reward; his wife Afag was originally sent to him as a gift, and they had a son in 1174, whom they named Muhammad. She was no longer alive as the poet worked on Khosrow and Shirin and although Nizami remarried twice, he recalled Afag with great love throughout his life and complained of his ill fate.

Nizami died on 12 March, 1209, in his native Ganja. A magnificent mausoleum now stands over his grave. His name is immortalized in his native Azerbaijan and his works are repeatedly published in mass circulation.

The great poet’s anniversaries have been commemorated by international celebrations. Thus there were celebrations for Ganjavi’s 800th and 840th anniversaries, and UNESCO declared 1991 the ‘Year of Nizami’ to mark 850 years since his birth. President Ilham Aliyev of the Republic of Azerbaijan subsequently issued an Order to declare 2021 the ‘Year of Nizami Ganjavi’ in Azerbaijan to celebrate the 880th anniversary of the great thinker.

Nizami Ganjavi, one of the greatest masters of Near and Middle Eastern literature, also created beautifully lyrical poetry throughout his life. The qasida (ode), Bells are ringing, a caravan has set off, that he wrote in his thirties; the madhiyya (eulogy) he dedicated to Nusrataddin after 1191; the poem Old Age written towards the end of his life; the ghazal poems naming Qizil Arslan and Akhsitan, and various symbols used in his poems are evidence for this. Towards the end of Khosrow and Shirin, Nizami wrote that khanende singers sang his ghazals, and in Leyli and Majnun he notes that the singers have his Divan open before them. Dovlatshah Samarkandi, a 13th century commentator, chronicled Nizami’s lyrical divan as including some 20,000 verses. Zakariyya Gazvini, an acclaimed scholar of the 14th century, also noted that the poet had an extensive Divan in addition to the Khamsa. This divan was held in the 17th century Safavid library and Saib Tabrizi copied many poems from there into his Safinai-Saib.

Currently, 6 qasidas, 120 ghazals and 30 rubais are known to be from Nizami’s lyrical heritage. It is certainly doubtful that he actually wrote many of the poems attributed to him. Various works of literary history and other monographs offer their considerations of the lyric poetry of this great wordsmith. However, the most serious researchers do not distinguish between the poet’s lyrics and his epic works, noting that, in terms of content and artistry, the lyric poems are in no way outshone by the longer works.

Nizami’s lyrical heritage covers three main genres of classical Oriental poetry – qasida, ghazal and rubai. These examples, albeit a very small selection of the great artist’s lyrics, are sufficient to identify the path he trod, the principal motifs and the directions taken by his ideas, to discuss his artistry and to formulate some conclusions.

It would be wrong to categorize Nizami’s lyricism as alien to Sufism. It is true that Nizami was not a Sufi artist in the way of Sanai, Attar, Rumi or Iraqi. Nonetheless, it is also incorrect to isolate him from the dissenting movement of his day. As a current of thought elevating and defending the individual human, Sufism was an integral feature of the Medieval Renaissance in the Near East. It was the rebellion of mind and sense against dogmatism and the dominant ideology. This is why rulers had a number of great Sufi figures dismembered and skinned alive. Examples included Mansur al-Hallaj, Eynalguzzat, Suhrawardi and Nasimi. This being so, how could Nizami, the great thinker and poet of the time, remain indifferent to Sufism? Of course, Nizami employed Sufi concepts to oppose dogmatism and scholasticism, while promoting free-thinking. 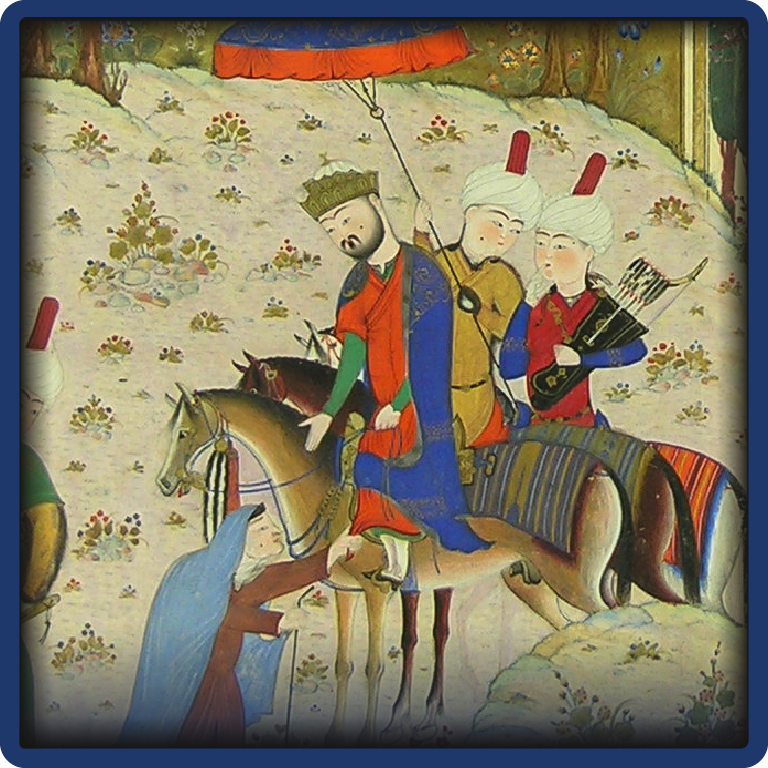